Women have been leading the way in business in this country for hundreds of years!

Yes, hundreds of years: although still today seen as trailblazers and innovators, and rightly so, female entrepreneurs have in fact been leading corporate development in Canada since, like, 1638.

That’s the year Sara Kirke took over her husband’s business in Newfoundland, and began turning it into one of the most successful operations in the English New World.

Between 1638 and 1651, the shipping and commerce company eventually known as the Pool Plantation grew and thrived under her stewardship (her husband, the governor of Newfoundland, had been recalled to England). She turned an enormously indebted company into a profitable concern with revenue from fishing, agriculture and shipping. 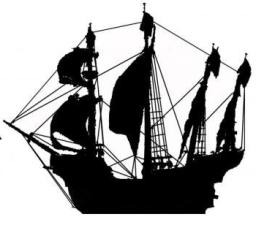 She eventually became one of the country’s first ‘fleet managers’ with five sailing ships (a significant number for the times, more than other operators) and crew operating under her personal watch.

So, if there is a better positive role model for women in business, entrepreneurship and technology in Canada, she has yet to be named, or perhaps more accurately, she has yet to have a major national award named in her honour.

The Ernst and Young Sara Kirke Award for Woman Entrepreneurship is presented to the woman who has shown the most outstanding technological innovation and corporate leadership — leadership that has significantly expanded the frontiers of Canada’s advanced technology industry. Presented byCATAAlliance, the Canadian Advanced Technology Association, as one of several Innovation Awards, it is named to commemorate and celebrate for Lady Sara Kirke.

This year, the Award was presented to Sarah Sajedi, Chief Technology Officer and CEO of ERA Environmental Management Solutions, a Montreal-based company she co-founded in 1995.

Since then, she has worked hard to create a space for herself and her company in a competitive and still largely male-dominated industry.

Throughout, she has had both personal and business support from her husband, Gary Vegh, with whom she founded the company nearly twenty years ago. They raised a family together, too, and happily are still able to smile and joke about the amount of time they spend together in both life and in work mode.

Building on her degrees in chemistry and biochemistry, her knowledge of software design and development, and her determined character, she has established herself as an authority in environmental management solutions across different industry sectors. Her company is known as a strong and viable competitor to much larger multinationals.

While being praised for her own leadership and vision, Sajedi said in remarks following the awards presentation that it is, in fact, the “vision of the user” that drives her company and its product development.

ERA Environmental Management Solutions is based in Montreal.

ERA provides software tools to help companies get the most out of their workplace environmental programs, while eliminating administrative or operational redundancies. Sajedi herself has been involved in the software development of environmental data management and reporting tools, compliance tracking programs, as well as other sustainability and health & safety tools for companies like Toyota, Volkswagen, Masonite and La-Z-Boy.

“Leadership is achieved by listening to clients,” she explained. “Successful companies need to move with their clients’ needs; they should grow their technology based on user requirements, rather than putting their customers into an off-the-shelf box.”

Sajedi says listening is very important, and that goes for a company’s entire staff, anyone working with clients, assessing their needs, developing solutions for them based on real world requirements.

“That’s our key to success; we listen and learn from our clients,” she added. “The vision I have is of customer satisfaction; we are an agile company, we provide agile programming and technology that grows with the users.

Internally, growth at ERA is driven by her leadership philosophy: a diverse and multi talented workforce, supported through continued investment in education and professional development, will come up with new and profitable ideas more often and more quickly, she says.

The Innovation Awards have been celebrated for some thirty years now, and CATAAlliance CEO and President John Reid said this year’s edition was one of the best yet. “There was such a positive buzz in the room, a mix of competitive spirit and camaraderie supporting the best in Canadian innovation.”

Perhaps the spirit of Lady Sara was there, too, celebrating not just thirty but well over three hundred years of women’s success in business in Canada. 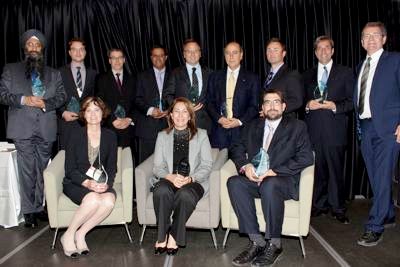