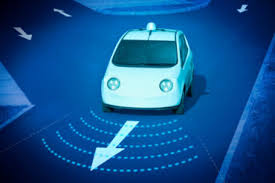 
“Among the G7 countries, Canada is last both in its preparations for the arrival of self-driving cars and in assisting its industry obtain a larger share of the $10 Trillion global supply chain for autonomous and connected vehicles. There is an opportunity for the Canadian federal government to help the technology industry invest in this huge market.” (CAVCOE)


Ottawa -- CATAAlliance (www.cata.ca), Canada’s One Voice for Innovation Lobby Group and the Canadian Automated Vehicles Centre of Excellence (CAVCOE – www.cavcoe.com) call on the Canadian government to help the Canadian technology industry access the huge market for technology in the vehicles of the future.


Autonomous vehicles (AVs), connected vehicles (CVs) and electric vehicles (EVs) will bring many benefits, including saving a predicted 80% of the traffic collisions, fatalities and injuries each year, as well as helping save the environment because of the reduction of greenhouse gases.


There will also be huge opportunities for Canada’s technology companies. Morgan Stanley has stated that “the automotive industry is entering a period of deep disruption that will make it unrecognizable” and “the auto industry is a century-old ecosystem being ogled by outside players hungry for a slice of a $10-trillion mobility market."


Currently, 4-5% of a car’s value is technology. This is expected to rise to between 40-60% per cent in the 2020s, creating big opportunities for Canada’s technology companies. The opportunities are in a wide variety of fields: sensors, software, communications systems, Internet usage for business and pleasure, car-smartphone integration. robust cyber-security systems, glass dashboards, cloud computing and data analytics.

As a country, we have a large number of excellent technology companies and some companies are already active in this supply chain, but the industry can do a lot more.  They will benefit from assistance from the Federal Government – as other national governments are doing for their industries.


Specifically, we recommend that the Government of Canada:

John Reid, CATA CEO, said “Canada is home to a world-class technology industry that can win a significant share of the global supply chain market for vehicles of the future. Our recommendations will lead to existing companies having a larger share of the market as well as stimulating start-ups in this exciting new space.”


Barrie Kirk, CAVCOE’s Executive Director, added,  “If these initial steps in Ottawa and Toronto are as successful, as I expect, the approach can be expanded to other parts of the country. The benefits will include a stronger technology sector and more jobs in this all-important area.”


Autonomous Vehicles are coming – whether we are ready or not

AVs will be here much sooner than most people realize. Partially-autonomous cars are already commercially available with features such as intelligent cruise control, lane centering, pedestrian detection and automatic braking, and self-parking. In addition, special purpose, fully-autonomous vehicles are already commercially available. For example, a company is already operating a fleet of six fully-automated electric shuttle buses in France.

Fully-autonomous cars will be available starting about 2020; Ford, Toyota and others have said so publicly.

A few weeks ago, the President of General Motors said that GM is well positioned to pursue a strategy of expanding its presence in ride sharing and ride hailing, and develop services that use AVs to provide customers with transportation. He also said that "A ride sharing network is the logical first place to deploy driverless technology". GM's investment to date is over $1 Billion.


We also know that Uber is developing its own driverless taxis. Other companies are researching the market trends and evaluating their options.


Potential Benefits There is a major opportunity for technology companies to develop and market hardware, software and services for this growing global market and for Canadian companies to be recognized as leaders in this area. This creates high-value jobs in a growing and vital sector of the economy.


Creating a technology cluster in AVs could put many Ottawa companies in the spotlight, put a focus on Ottawa internationally, and help them gain market share.


An AV/CV Innovation Hub in Toronto, created jointly by the governments of Canada and Ontario, will help stimulate R&D activities and start-ups. There are clear synergies with related work being done in Southern Ontario and the recent announcement by General Motors of up to 1,000 new AV/CV jobs in the GTA.


Other countries are investing in this space and similar seed investments by governments is needed in these activities in Canada.


The Canadian Advanced Technology Alliance (CATAAlliance - www.cata.ca) is Canada's One Voice for Innovation Lobby Group, crowdsourcing ideas and guidance from thousands of opt in members in moderated social networks in Canada and key global markets.


The Canadian Automated Vehicles Centre of Excellence (CAVCOE – www.cavcoe.com) is a not-for-profit centre of excellence that is dedicated to helping the public and private sectors prepare and plan for the arrival of automated vehicles.