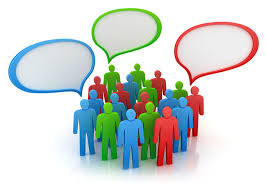 By 2020, ABI Research estimates that 30 billion devices – from jetliners to nails – will be connected to the Internet.

A survey, a benchmark, one-on-one portraits and workshops in Montreal and Toronto

The Canadian Advanced Technology Alliance (CATA) is launching a coast-to-coast master Initiative on Advanced manufacturing. The Initiative which will take place in October 2016 comprises three parts:


“This initiative comes at the right time. Industries are now engaged in a race to integrate and connect in order to increase productivity. Canada is lagging behind other industrialized nations mainly the United States, Europe and China, but CATA thinks that Canada can catch up if it becomes a national priority,” says John Reid, president of CATAAlliance.


The study defines advanced manufacturing as industries that integrate robotic or other automation technologies on their practice. That includes additive manufacturing, Internet of things, manufacturing connectivity and optimization software.


“The study will focus on productivity but also on energy management and waste. Canadian manufacturers have the tools to better control their footprints”, explains Jean-Guy Rens, director of the study, “we want to gauge their objectives in this matter.”

b) Identify the next business challenges


“A century after Henry Ford transformed the nature of work in factories, we are on the eve of another revolution digital in nature. What Canada needs is an increase of production without the negative impacts on workers and the environment”, concludes John Reid.

The Canadian Advanced Technology Alliance (CATAAlliance) is Canada's One Voice for Innovation Lobby Group, crowdsourcing ideas and guidance from thousands of opt in members in moderated social networks in Canada and key global markets. (No Tech Firm Left Behind) Contact: CATA CEO, John Reid at jreid@cata.ca