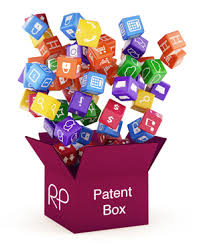 
Ottawa, ON...CATAAlliance, a recognized champion of Canadian innovation and entrepreneurship has applauded the Government of Quebec’s pivot to Innovation leadership with its March 17th announcement of its own “Patent Box” regime known as the Innovative companies deduction (ICD), which will come into force on January 1st, 2017.


In 2013 CATA launched an  Advocacy Campaign, known as the "Innovation Box Campaign", as an integral part of the industry's competitive Innovation Nation program, a program, under the tutelage of CATA’s Innovation Leadership Council that lays out what we must do as a nation to move us to first place in innovation rankings.


Quebec’s Patent Box program will provide Qualifying innovative manufacturing corporations  with establishments in Quebec with a lower tax rate for up to 50% of the net income derived from the sale or rental of locally manufactured products embodying patent-protected inventions developed in the province. The patent can be obtained under any patent law in the world, but the underlying R&D must have taken place in Quebec and must have generated at least $500,000 of eligible SR&ED expenditures which gave rise to refundable Quebec SR&ED tax credits.   The effective provincial tax rate for the qualifying portion of net income will be lowered from 11.8% to 4%.


“Governments across the globe are looking at how to adopt tax incentive regimes that will encourage companies to locate, exploit and commercialize technologies in their jurisdictions. Our consultations demonstrate that action is likewise needed to eliminate Canada's 'Commercialization Gap. We applaud Quebec’s public policy leadership in this domaine, " said CATA President John Reid.


A Canadian Version of the Patent Box: Will Canada say yes, or risk falling further behind in its innovation and competitive rankings.


Ottawa, ON... CATAAlliance, Canada's largest high tech association, has launched an Advocacy Campaign to encourage the adoption of a Canadian form of the "Patent Box", i.e., an "Innovation Box". The Canadian "Innovation Box" would be tailored to provide a preferential, competitive tax regime for the successful exploitation and commercialization of Intellectual Property (IP), including patents, in Canada.


The Canadian Advanced Technology Alliance (CATAAlliance) is Canada's One Voice for Innovation Lobby Group, crowdsourcing ideas and guidance from thousands of opt in members in moderated social networks in Canada and key global markets. (No Tech Firm Left Behind) Contact: CATA CEO, John Reid at jreid@cata.ca