A government-assembled panel composed of six advisory groups filled with dozens of industry representatives is urging the Trudeau Liberals to enact sweeping changes to the federal government’s innovation policies in order to help capital-thirsty firms in an increasingly competitive global market.

The six “economic strategy tables” released their respective final reports on Sept. 25, along with a collective list of recommendations for the federal government to consider, titled, “The Innovation and Competitiveness Imperative.”

Many of the recommendations are proposals to reduce the glut of startup businesses that have successfully launched but then find it difficult to grow into large companies. These firms often cite poor financing, advice, and access to global talent and markets as barriers.

They especially call for the creation of an “Own the Podium” program replicating the federal initiative that supports elite Canadian athletes but for businesses. Created ahead of the 2010 Vancouver Olympic Games, the program has been applauded for bringing in a record medal haul that year, and criticized by others as unneeded spending. The program has dished out more than $450-million for Canadian athletes for the last five Olympic games.

“We can no longer sprinkle fairy dust and hope our entrepreneurs will succeed,” the report reads.

John Reid, president and CEO of the Canadian Advanced Technology Association, said how the report was presented and conceptualized deserves a “thumb’s up,” but there was not enough emphasis on measurable outcomes, particularly “capital flight.”

“It sets out some areas for action,” Mr. Reid said of the report, “but there’s always a difference between conceptualization and actually how things are being delivered.”

He said any innovation policy doesn’t exist in a vacuum, and new government measures ought to be considered by whether it impacts the level of investment flowing into the country. He said ‘Own the Podium’ is a great marketing term but cautioned about the federal government intervening too much to pick winning and losing firms.

“If you attract talent and the tax rules are correct, if you provide access to capital, you’re going to own the podium,” he said. “The government can play a role with setting the operating conditions, but you measure that by capital flight or attraction.” 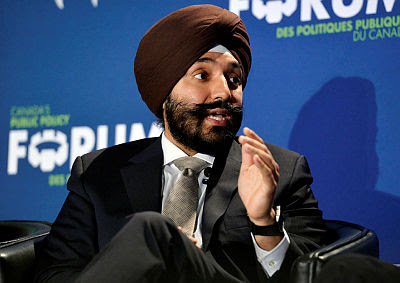 The report also calls for an overhaul of Canada’s regulatory system, which most of the tables identified as the “No. 1 barrier to competitiveness.” Harmonization of multi-layered regulations, more pilot projects, and continuous review involving both industry and regulators were some of its proposals.

The panel also calls for the creation of a variety of agencies and hubs to better connect businesses with other firms, investors, experts, and the federal government. This would serve as one-stop centres for connecting investors and firms, jobs with employers, and expertise for companies seeking to adopt new technology in their processes.

With improving skills and talent, the tables recommend co-developing school curriculums that can produce a talent pipeline and creating a government talent attraction hub that would actively run “talent missions” like “trade missions” in foreign countries—a difficult task given education falls under the provinces and other countries’ efforts to curb brain drain.

The report also calls out Canadian firms’ lack of willingness to adopt new technologies in their operations and the country’s overall weak tech development sector. Expanding the country’s digital infrastructure and further promoting Canada’s business brand to the world were also recommended.

The tables look at six target areas: advanced manufacturing, agri-food, clean technology, health and biosciences, and resources. Many of the recommendations, such as the Own the Podium proposal, were referenced in multiple sector reports. While many recommendations are made in broad strokes, the panel made some specific proposals. Some highlights:

Benjamin Bergen, executive director of the Council of Canadian Innovators, a group of CEOs of companies in the innovation economy, said his group welcomes the recommendations and its focus on access to talent, capital, and customers. He noted that some of the proposals that helps “proven market winners,” has been advocated for by CCI in the past. 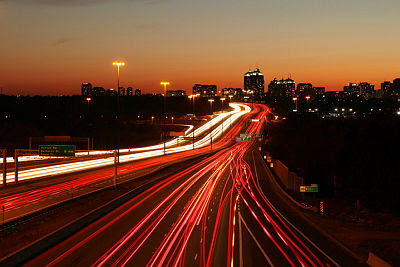 He wrote by email that the federal government “now needs to work swiftly to implement these recommendations and put them into action so that Canadian tech companies can reach their full potential and scale globally.”

Aaron Wudrick, federal director of the Canadian Taxpayers Federation, worried that the Own the Podium program proposal is just a continuation of a government policy vision of choosing winners that, given their high potential, struggle less to seek capital. However, he said government initiatives that facilitate the bringing of different stakeholders together to collaborate is a better use of money.

“From the government’s own communication, they seem very focused on bringing people together. By all means do that,” he said. “We would rather see that have them throw large sums of money at businesses they select.”

The report also warned that the country faces a gradually slowing annual GDP growth rate, an older population that may shrink its tax base and increase social spending, and that automation that can affect half of all work in the country. The report says if major initiatives are implemented, an additional $318-billion could be added to Canada’s GDP growth by 2030.

The tables brought together leaders of Canadian firms that include Barrick Gold, Shopify, and Loblaws. No academics or advocacy groups were included but 67 engagement sessions with Canadians to develop their reports and recommendations were held.

In addition, the tables endorsed overhauling the flagship Scientific Research and Experimental Development tax credit program to help larger firms scale up. Currently, the $3-billion annual program favours early-phase companies over larger firms attempting to scale up. The program is currently being reviewed by Finance Canada.

“Low-performing firms must be allowed to fail in order to free up tax dollars,” the report reads.

Since taking power, the Liberals have moved to streamline the number of innovation programs offered by a variety of departments and agencies, created the $1.26-billion Strategic Innovation Fund for larger projects that target firms with high growth potential, and the superclusters initiative funding five industry clusters focusing on advanced manufacturing, digital technology, proteins, artificial intelligence, and oceans.

“These recommendations build on our ambitious plan for economic growth,” Innovation Minister Navdeep Bains (Mississauga-Malton, Ont.) said in a statement. “We are working closely with entrepreneurs and innovators to make Canadian businesses more globally competitive so they can create more good jobs.”

About CATAAlliance
Interact with your Innovation Peer Group Now (No Tech Firm Left Behind)
Opt-In: https://cata.ca/communities/