Executives call for new laws to get more women on corporate boards in Canada 66 per cent of tech firms have zero or just one woman on their board, according to new study: Julie Ireton, CBC News 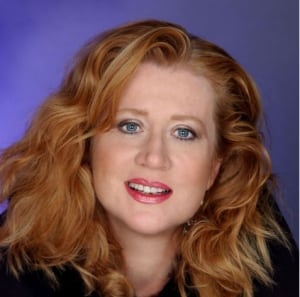 Cindy Gordon, founder and CEO of an emerging technology firm, Cognitive Sciences  AI company, SalesChoice Inc. has a long list of credentials and awards to her name, but she says she still often feels like a “token woman” as a director on corporate boards.

“Oh for sure. You just have to look at the stats. I’m in tech, right?” Gordon said from the Toronto office of her company SalesChoice, adding,  ( “There are so few senior women in Tech. I am very concerned about the recent report published by Dora Vell in late March, 2017 on Women Board Members in Technology Companies: Strategies for Building Diverse High Performing Boards. The statistics are disappointing and just reinforces that we still have much more work to do to to attract, develop and retain more women in the ICT Industry in Canada.”)

Gordon is amongst a growing chorus calling for better strategies — even new laws — to help technology companies in Canada get more women on their boards in the wake of another report detailing the meager number of women directors.

View a recent Tech Now interview with Gordon on the topic of Mentorship and Diversity and CATA Innovation Gala remarks on Canada’s STEM Brain Drain, with specific reference to declining interest among women to purse STEM careers.

Also watch for a CBC Radio Host, Tasha Kheiriddin interview with her on the need for for more women on corporate boards in Canada.

A report from Vell Executive Search in Boston found that 66 per cent of tech firms have zero or just one woman on their boards, and less than 12 per cent have three or more women, which the report calls “the minimum numbCBCer required to correlate with greater company performance.”

Vell looked at 581 public technology firms in Canada and the U.S. with at least $100 million in revenues.

The report concludes that the tech industry must take stock of the entire ecosystem, not just the largest companies, to drive gender balance on boards.

‘We’re not moving the needle’

Susan Richards, board director of Invest Ottawa and CEO of Givopoly, an Ottawa firm she co-founded, believes women bring a different and important perspective to corporate boards.

“When you only have a single woman on a board, which is what we typically see — a token woman — you still don’t get that diversity of conversation,” said Richards.

Many tech companies in Ottawa have been founded and continue to be run by men alone.

“I’ve never been a fan of mandated change, but the reality is as a society sometimes we need that forced change and we’re not moving the needle here without it,” said Richards. “It would force boards to have to acknowledge it and discuss it. I think legislation can certainly help.”

Gordon agrees and doesn’t think any more studies or task forces are needed.

The Vell study notes that countries including Norway, Iceland, Finland and Sweden have targets, quotas and penalties for not meeting regulations, and thus have nearly doubled the percentage of women on boards.

“I think the laws actually have to get pretty aggressive and say things like 30 per cent of all publicly traded companies need at least 30 per cent representation by women,” said Gordon, adding cultural diversity also needs to be reflected on boards. 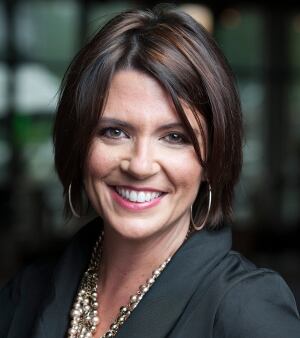 Susan Richards is the CEO of Ottawa firm Givopoly and sits on the board of Invest Ottawa. (Supplied)

“Despite many conversations about helping women grow their businesses, the success rates and growth opportunities for women-led companies do not match their male counterparts,” states the budget document.

“Women in Canada do not have the same opportunities as men when it comes to representation at senior leadership tables.”

Programs to attract young people to science and math will try to create more gender balance in the future, the budget says, but there are no details on how the government will take action or break down barriers for women business leaders.

Gordon believes women are more holistic in their thinking and more sensitive to the collaborative nature of solving problems.

“They are really driving the purchasing power of all the products and solutions that so many companies are selling. Eighty per cent of the decisions are being made by women in terms of purchasing,” she said.

About CanWIT (Women in Tech)

Interact with your Women in Tech Peer Group Now: https://www.linkedin.com/groups/CanWIT-Women-in-Tech-GLOBAL-3307815/about

CanWIT crowdsources ideas and guidance from thousands of opt in members in moderated social networks in Canada and key global markets.

Among it key programs are, the Sara Kirke Awards for recognizing women entrepreneurs, Social Groups for peer information exchange, Video Sharing Channels for sharing of best practices, Competitive Innovation nation advocacy and member events on topics of the day.