The federal government will release its “innovation budget” on March 22, and entrepreneurs across eastern Ontario will be watching with their wish lists in hand. CBC asked a number of local high-tech leaders what they need from the budget to flourish. Here’s part of their priority list. (By Julie Ireton, CBC News) 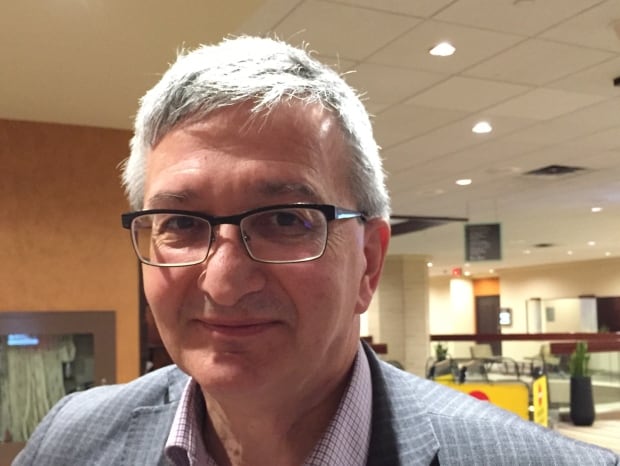 Birket Foster is CEO of a Chesterville, Ont., database company that would like to do more business with the federal government. (CBC)

Birket Foster’s data solutions firm in Chesterville, Ont., provides expertise to companies from around the globe, but he’d really like to do business with his own government, right here at home.

On average, the federal government makes $23 billion a year in purchases, according to Public Services and Procurement Canada.

That’s a lot of buying power, and it’s why so many small and medium-sized Canadian companies like Foster’s would like to add the government to their client lists — if only the process was simpler.

Foster is hoping the upcoming budget makes a commitment to do just that.

“For small and medium enterprise, there’s no place to sell the software into the government for a long term, until they produce a procurement vehicle,” said Foster.

“Innovation comes from small and medium-sized businesses. They’re more agile than the big guys, and they deliver new things.”

Chris Perram, CEO of FIleFacets, says he couldn’t get any traction trying to sell his company’s services to the federal government. (CBC)

Some executives have grown so frustrated with the process they’ve given up trying to sell their products and services to the feds.

“I had to turn my back on it,” said Chris Perram, CEO of FileFacets in Ottawa.

While FileFacets has benefited from some federal innovation programs, Perram said his company can’t get traction when it comes to selling its software services back to the government.

“It’s a very difficult place to grow your company. The government spends lots and lots of money … to build incredible innovation, including ours, and then they don’t get to take advantage of it.”

So Perram decided on a different strategy: to go away and be “incredibly successful elsewhere, and bring it back.”

While the government commonly does business with huge multinationals including IBM, CGI and Hewlett Packard, it’s tough for the little guy.

These issues are on the radar of Public Services and Procurement Canada Minister Judy Foote, who spoke to a business crowd in Ottawa about procurement modernization on March 9.

Foote acknowledged the government’s procurement system can be slow, cumbersome and difficult for emerging Canadian enterprises to infiltrate.

“We’re here to fix that,” said Foote. “Procurement needs to be faster and focused on service delivery. It also needs to be about more than just buying: it can help drive forward social and economic priorities.”

The question is how quickly that change can happen, and whether local entrepreneurs will see a solid commitment in the 2017 budget. 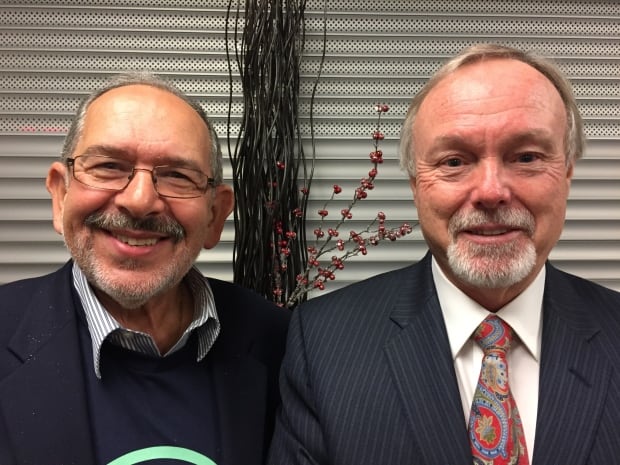 So much of the growth on the technology startup scene is in the area of software as a service, including the constantly emerging go-to applications for smartphones.

But the use of those new tools depends on high-speed broadband access.

“The wireless infrastructure provides the underpinnings of the new digital economy,” said Leo Lax, managing director of L-Spark, a technology incubator.  “I suggest we invest in the companies who are bent on becoming the leaders in building this new generation of networks.”

‘I suggest we invest in the companies who are bent on becoming the leaders in building this new generation of networks.’– Leo Lax, L-Spark

Lax’s friend and partner in L-Spark is serial entrepreneur and technology executive Terry Matthews, who has his own prediction.

“There’s a huge shift coming to wireless networks, 5G. It’s only a few years away. The throughput for data will be thousands of times bigger than the today networks,” said Matthews.

The 2016 federal budget promised up to $500 million over five years to extend broadband services to rural and remote areas of the country, but there are demands for that kind of investment to continue.

“No innovation agenda cannot address the need to be a leader in wireless infrastructure and broadband availability to all areas in Canada. That’s how things are delivered now,” said John Reid, president of the Canadian Advanced Technology Alliance. “So I’d be very surprised if they don’t touch on that, because it sort of weaves through everything.”

Allan Wille, CEO of Klipfolio, says he’s looking forward to the government making good on its promises to make it easier for companies like his to hire highly skilled immigrants. (CBC)

Allan Wille, CEO of Klipfolio, is quick to point out how the government could help growing tech firms like his: make it simpler for him to import highly skilled talent from around the world.

Klipfolio has about 70 employees, most of them Canadian. But sometimes Wille looks abroad to find talented prospects who could play a key role in advancing Klipfolio’s cloud dashboard application — that is, if he could get them to Canada.

“It is a lengthy, long, very worrisome process,” said Wille, “It is at odds with the innovation agenda today.”

For instance, Wille would like to see the government make it easier for foreign students who come to Canada to stay and join the Canadian workforce.

‘It is a lengthy, long, very worrisome process. It is at odds with the innovation agenda today.’– Allan Wille, Klipfolio

“Right now we’ve got four or five folks that are struggling through the permanent residency process,” said Wille. “We have a really talented individual that actually is now working in Poland, because he was asked to leave the country. I can’t even understand it.”

Moving ahead on its global skills strategy was part of a pre-budget announcement last week.

Funding details could be included in the upcoming budget, but the minister is promising a faster, more predictable service to help Canadian companies fill “in-demand” jobs.

Anthony Mar, CEO of Cliniconex, hopes to double his workforce this year — if he can find the skilled workers he needs. (CBC)

There are also hopes that the budget will address the need for college and university programs so Canada can continue to deal with the growing technology talent gap domestically.

Anthony Mar’s company Cliniconex has grown from two to seven workers in the past year, and he’s hoping to at least double his workforce this year if he can find the right people to fill positions.